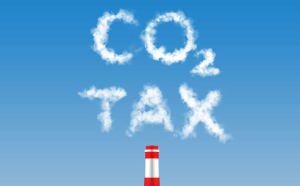 In April, Prime Minister Justin Trudeau fulfilled his pledge to implement a national carbon price just months before he hits the campaign trail. However, the “sunny ways” he declared in 2015 have given way to disenchantment as his poll numbers have dropped and conservative parties seized on carbon taxes as their path to power.

As they should. No one wants to pay higher taxes.

Premiers Doug Ford and Jason Kenney successfully used carbon pricing to energize their bases and win a mandate to face off against the feds. Now Conservative leader Andrew Scheer hopes to replicate their success this fall, vowing to repeal the carbon tax if he becomes prime minister.

Living in a suburb of Vancouver, there’s little chance that a vote for the Conservatives will make a difference, though I suppose it could swing things toward the NDP. Then again, in the Harper years, our MP, James Moore, was a Conservative.

After framing carbon pricing as social licence for pipelines, federal Liberals appear caught off guard by the extent of the right-wing backlash, but they shouldn’t have been: Australia’s experience with carbon pricing would have shown them exactly what they’d be up against.

Seeing that we don’t want a pipeline in BC, giving us a new tax in exchange for one seems like a tough sell.

After the 2010 election, the centre-left Labor Party under Julia Gillard returned to power with the support of the Greens and three independents. Gillard introduced carbon pricing in 2011 as part of a larger plan to reduce emissions, taking effect on July 1, 2012 and starting at $23 AUD per tonne.

I see the parallel with Canada’s Liberals.

However, the right-wing opposition stoked fear over what the tax would do to the economy, as conservative parties have done in Canada. Opposition leader Tony Abbott, an open climate denier, declared the 2013 election would be a referendum on the carbon tax, and fearing defeat, Labor replaced Gillard with former leader Kevin Rudd and proposed swapping the tax for a cap-and-trade system.

Let’s examine the claim that Abbott is a “climate denier”. What is he charged with saying?

The first point is illustrated by the author’s own use of “open climate denier” as a pejorative. We should be skeptical of many of the claims made by the media and politicians, but if one is, one will be called names. The idea that climate change can be prevented is absurd. The most we can do is slow it down. I too am skeptical that many of the measures suggested by government will be any more effective than cargo cults.

But [swapping the tax for a cap-and-trade system] wasn’t enough to stop Abbott and the right-wing coalition, made up of the Liberal and National parties, from winning the election and following through on his promise to “axe the tax” in 2014.

Cap and trade is just another way to spell tax, so I’m not surprised.

And it still wasn’t smooth sailing from there. The Liberals ditched Abbott in 2015 for the more moderate Malcolm Turnbull, who was then turfed in August 2018 after the party’s hard-right fringe refused to back his weak National Energy Guarantee, which scrapped renewable subsidies, maintained coal, and didn’t legislate an emissions-reduction target. They would prefer to abandon the Paris agreement altogether, and further support the coal industry.

Said bill mandated coal to prevent power outages that had occurred after tornadoes struck southern Australia, which was heavily invested in wind and solar power. It also sought to reduce the cost of electricity, which had been rising rapidly under the previous government.

Scott Morrison, the former treasurer who famously brought a lump of coal to Parliament in 2017, is leading the Liberals in the election, but Australians — including traditional Coalition supporters — seem fed up with their lack of action because the effects of climate change have become undeniable.

As in America and Canada, liberal city dwellers clamor for the government to intervene, but outside of the urban bubble, Australians care more about their economy and high energy prices.

The summer of 2018-2019 smashed Australia’s climate records with mean temperatures 2.14ºC above average and sustained heat in the mid- to high-40s. The Great Barrier Reef is dying, bushfire season now starts in the winter, and winter itself could be a thing of the past in Australia by 2050. Extreme weather events, including flooding and drought, are becoming more common and that has a lot of people worried.

Regarding the climate record, the linked article states that Australia’s average temperature has risen by 1 degree Celsius since 1910. This is partially due to natural warming.

Labor looks set to return to power, promising a 45 per cent emissions cut by 2030 with 50 per cent renewable energy to be accomplished by investing in clean energy and updating transmission infrastructure, subsidizing electric vehicles, and setting emissions limits on industry. It won’t implement a carbon price, though that hasn’t stopped the Liberals from trying to frame their policy as one because of its negative connotations. Campaigning against a carbon price works, whether the policy is or is not, in fact, a carbon price.

Wrong. The Aussie Liberals (who are actually closer to what we’d call Conservatives) have now been reelected, once again surprising pollsters.

Canada must learn from Australia if we want to avoid losing an election cycle or two before taking real action to reduce emissions. Canadian conservatives are using the carbon price just as the Australian right did — as an economic boogeyman — and its unpopularity with a vocal minority of the population is all they need to return to power and halt necessary climate action.

The Canadian carbon tax is more than a boogeyman. Higher taxes are opposed by more than a vocal minority of the population, as can be seen by the election of Conservatives in Alberta and Ontario.

Carbon taxes may be the most efficient way to reduce emissions, but they’re not politically popular, and would have to be much higher to meet our targets. Canada’s Liberals and NDP would be wise to take heed of Australia’s experience and back proposals like the Green New Deal with major investments in energy, infrastructure, and services for a just transition with tangible benefits.

The so call “Green New Deal” is a socialist program that includes universal basic income, rebuilding virtually all buildings, eliminating air travel, and moving away from meat as a protein source. Even the free spending Canadian Liberals aren’t foolish enough to suggest such policies.

The plan emerged from the United States, but it’s quickly gone international: Spain’s centre-left Socialists were re-elected on Sunday after campaigning on a Spanish Green New Deal, and the UK Labour Party put forward its own Green New Deal to decarbonize its economy within a decade.

The fact that these “green new deals” are endorsed by socialists doesn’t help their credibility. Though, with it’s fuel shortages, socialist Venezuela has greatly reduced its emissions lately. Hyperinflation and a shrinking GDP should insure they continue to be reduced further.

In Canada, a recent poll found 66 per cent of people in favour of Green New Deal, including a majority of Albertans and right-wing voters, if it includes higher taxes on corporations and the wealthy. That may just be one poll, but Canadian politicians could make a case for such an ambitious policy by outlining the social and economic benefits, like politicians such as Alexandria Ocasio-Cortez and Bernie Sanders have done south of the border, instead of telling people they need to pay a new tax.

If the Canadian Liberals continue to stagger leftward, as the US Democrats seem to be, I’m betting that, like the Australians, we’ll be seeing a Conservative government come election time.

Canadians want climate action, but carbon pricing is a much tougher sell than simply making the necessary investments to create good-paying clean jobs, build sustainable communities, and meet our climate targets. Hopefully it won’t take another Conservative majority for the Liberals and NDP to wake up to that reality — as Australian Labor learned the hard way.

Says the guy arguing for a green new deal. And who is Paris Marx? “Paris Marx is a socialist writer and graduate student at McGill University. They are the editor of Radical Urbanist and have previously written for NBC News, Toronto Star, and Jacobin.” Why am I not surprised?

I'm a software developer, and a writer of both fiction and non-fiction, and I blog about movies, books, and philosophy. My interest in religious philosophy and the search for the truth inspires much of my writing.
View all posts by jimbelton →
This entry was posted in philosophy and tagged Andrew Scheer, cap and trade, carbon tax, doug ford, green new deal, jason kenney, justin trudeau, malcolm turnbull, national energy guarantee, paris marx, scott morrison, socialism, tony abbott. Bookmark the permalink.