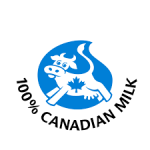 Canada’s supply management of the dairy industry has been a sore point in US trade negotiations for as long as I can remember. It has also led to incredibly high prices for milk and cheese in Canada, to the point where Americans have given cross border shoppers the nickname “cheese-heads”. Recently, the CBC published an article explaining the system: How Canada’s supply management system works.

Supply management is a system that allows specific commodity sectors — dairy, poultry and eggs — to limit the supply of their products to what Canadians are expected to consume in order to ensure predictable, stable prices.

I.e. the government is fixing the price by blocking competition.

While the federal government has played a role in supporting agricultural pricing policies for more than a century, the current system of supply management traces its origins to the 1960s — a period of overproduction due to technological advances that resulted in low prices for farmers.

And rather than letting the market correct for oversupply (which would have admittedly been painful for the farmers), the government stepped in to prevent fair competition.

While the federal government was keen to support farmers’ incomes — and the votes that come with them — direct financial supports became too heavy a burden for the federal treasury to bear.

Bailing out noncompetitive businesses is even worse than stifling competition.

Bruce Muirhead, a historian at the University of Waterloo who has written extensively about supply management, said the government of the day felt that $50-55 million in annual support payments “would seriously upset the balance of the budget.”

And thank God for that.

“This is one of the reasons we moved to a supply-managed system — government wanted to make farming sustainable on its own,” Muirhead writes in his research paper ‘Crying Over Spilt Milk‘.

Without letting noncompetitive farmers go bankrupt and risking their ire at the voting booth.

The United States, in contrast, has largely maintained support for the farming sector through subsidies. So Americans foot the bill for farm supports indirectly, through the taxes they pay, while Canadians pay for those supports directly, through higher prices for supply-managed products.

The American system, the Margin Protection Program for Dairy, is not a direct subsidy. It is a government funded insurance program (like our Employment Insurance). Each year, the program uses the average cost of feed and the average price of milk to set an expected margin. If the margin decreases due to market changes, farmers who have paid their premiums have the difference made up by the plan. This allows farmers to deal with sudden changes or spikes without having the government limit supply. Canada should consider harmonizing with this program in exchange for an agreement by the US to drop tariffs on our products.

Under supply management, a national marketing agency determines production amounts for each commodity and then sets production quotas for each province. In order to sell their products, a farmer must hold a quota — basically a license to produce up to a set amount. The quota prevent market gluts that would cause prices to dip and disrupt farm incomes.

And the problem is that with a guaranteed income, there is no incentive for farmers to improve productivity and drive down their costs, thereby reducing the cost to consumers. In the American system, farmers are given a one year reprieve from dropping prices, but each year, the new average price is used.

As of 2015, there were just over 16,000 quota holders in Canada — most of them dairy farmers in Ontario and Quebec. The quotas initially were given away for free but quickly became quite valuable; Canada’s total quota is now valued at over $32 billion.

Muirhead told CBC News that while U.S. President Donald Trump has pushed Canada to dismantle the system to help U.S. farmers, many dairy farmers south of the border look at Canada’s system of supply management with envy.

Those who are noncompetitive certainly would. Larger dairies get economies of scale that smaller operations don’t see, so free competition tends to favor the giants.

He said Wisconsin farmers in particular are beset by production issues that have caused prices to tank; the state has more cows than all of Canada and produces more milk.

And that means that each year, the average price goes down, and those who can’t produce for that price get out of the business. Consumers, of course, benefit from the lower prices.

This is essentially a pricing cartel. There is no competition on price, and the higher prices are passed on to Canadian consumers. Note that to remain competitive with American dairy farmers, the Canadian industry has to be protected with a 270% tariff. That means Canadian consumers would have to pay nearly four times as much as Americans before American products could compete. Lack of competition leaves us paying more than twice what Americans pay. No wonder we are crossing the border to buy US dairy products.

Critics maintain that Canadians pay too much for supply-managed products because the system inflates prices beyond what an open market would impose in order to keep farmers afloat.

But not everyone agrees — and the research is by no means unanimous in its conclusions. In 2014, a Nielsen Company study commissioned by the Dairy Farmers of Canada showed that the price of Canadian dairy products compared favourably with prices in other countries.

I call  bullshit. Drive to the US. Prices are way lower. I don’t care about any other country’s prices. According to MacClean’s, Milk prices went from 10% higher than the US in 1981 to more than double in 2006.

The Montreal Economic Institute, a centre-right think tank, maintains that millions of Canadians are paying artificially high prices to benefit a few thousand farmers. A recent University of Manitoba study concluded that supply management costs wealthy families an average of $554 a year, with lower income families facing an average bill of more than $339 a year as a result of the policy.

I wonder how much the US MPP for dairy costs US taxpayers? Bet you it is far less per person.

“Supply management hurts all 35 million Canadian consumers by forcing them to pay consistently more for milk, chicken and eggs, as well as for other products that use these foodstuffs as ingredients,” the institute wrote in a recent report on the matter. “Importantly, supply management disproportionately hurts poor Canadians.”

Former Conservative leadership candidate Maxime Bernier, who nearly bested Andrew Scheer in the party’s leadership contest last year, has become one of the country’s most vocal opponents of supply management.

And this could be the issue that lost him the leadership, as Quebec dairy farmers voted against him because of his opposition to the quota system.

“It should be clear that this is a transfer of wealth from the poorest to some of the richest in our society. Farming families working under supply management are indeed far richer than most Canadian families. Average after-tax income of all households in Canada is $69,100. By comparison, the average dairy farming household income is $147,800, and the number is $180,400 for poultry-farming households,” Bernier wrote.

I’m more concerned with the fact that quotas that have to be bought before a farmer can enter the market are unfair.

But dairy farmers point to retail prices for milk in jurisdictions that have deregulated their dairy industries, like the United Kingdom and Australia, as proof that supply management strikes the right balance.

Then why are the prices so much lower in the US?

In Australia, for example, prices for milk in the major cities rose 27 cents per litre in the three years after deregulation. In New Zealand, the largest dairy exporting country in the world, milk prices are higher than they are here in Canada.

Why? Just because they are higher, that doesn’t mean this is due to deregulation. Do they have higher costs?

The third pillar of supply management is the imposition of high tariffs on foreign imports, a policy that makes these goods prohibitively expensive for Canadians, leaving domestic supply as virtually the only option for consumers.

270% tariffs are more than high – they are prohibitive.

It’s this policy in particular that annoys Trump, who has said the policy is unfair to American farmers.

And I have to agree with him. We are blocking US farmers from selling their dairy products in Canada.

In fact, the main source of the financial problems plaguing some U.S. dairy operations is overproduction.

Makes sense. If your competitors are increasing production, the farms with the highest efficiency will absorb the resulting price drop, and those less efficient will go out of business. The consumer will benefit from the lower prices.

Canada sets tariff-rate quotas, meaning some foreign goods — about 10 per cent of Canada’s domestic dairy market, for example — enter tariff-free, but all other imports face high tariffs to prevent foreign foods from flooding into the country.

And this makes sense. The purpose of trade agreements is to give other countries access to your markets in exchange for access to theirs. If the dairy market was excluded from NAFTA, too bad for US farmers. But the quota system is bad for Canadian consumers.

In comparison, the United States gives foreign dairy products access to only 2.75 per cent of its domestic market. Europe offers just 0.5 per cent access for foreign poultry.

Presumably Canada would export very little to the US even if we bilaterally removed all tariffs on dairy and equalized subsidies to the industry. Being further south, the US is probably going to have the advantage in lower costs. I also see the point of a system like the American MPP for dairy, assuming we get rid of the current quota system. If Trump forces the issue, I guess we’ll see whether we pay lower prices or not.

I'm a software developer, and a writer of both fiction and non-fiction, and I blog about movies, books, and philosophy. My interest in religious philosophy and the search for the truth inspires much of my writing.
View all posts by jimbelton →
This entry was posted in philosophy and tagged canadian dairy, humour, margin protection program for dairy, maxime bernier, quotas, supply management, tariffs, wisconsin. Bookmark the permalink.

1 Response to In Socialist Canada, Dairy Farmers Milk You