Bare Breasts are a Right in Ontario 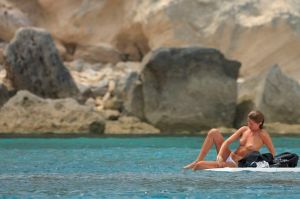 woman who has filed a complaint with the Human Rights Tribunal of Ontario wants to “normalize” the act of swimming topless, says her lawyer. [She] did not want to be put in a position where she would have to argue with an establishment over her choice to swim without a top.

God forbid a woman should have to argue for what she wants.

Twenty-six years ago, Gwen Jacob, a then 19-year-old university student, was charged with committing an indecent act after she walked home with her top off in Guelph, Ont. The charges were eventually dismissed, clearing the way for all women in Ontario to be given the right to expose their breasts in public.

And I guarantee all men support that right.

The legal basis for the complaint stems from Section 1 of the Ontario Human Rights Code, which says that every person has a right to equal treatment with respect to services, goods and facilities, regardless of sex or gender.

Except that trans women are not given access to women’s only spa facilities in Toronto, (which is in Ontario). See my post Fractured Feminism: Is Identity Politics Failing?

“It’s very simple. At all of those facilities a man could show up without a top, and he would be allowed to swim that way,” said lawyer Marie-Pier Dupont. “But they discriminate against women because of some type of different conception of the woman’s breast versus man’s breast.”

True. If  an establishment demand that men cover their breasts to swim, I doubt they’d be taken seriously. But I must say, I have a different conception of women’s breasts versus men’s breasts.

Groupe Calypso Valcartier, which owns the Calypso Theme Waterpark, said Wednesday that it would maintain the rules against women being topless at the park. “We are an amusement park for kids and family, and so we want to stay with that mission,” CEO Louis Massicotte told Radio-Canada on Wednesday. “What we think is that places for families and kids should not be included in where [bare breasts are] permitted.”

I understand Massicotte’s opinion, but who exactly would be harmed by the sight of bare female breasts?

“There is no difference between female breasts and men’s breasts. So if Calypso allows men to go around without a top, then women shouldn’t be treated any differently,” said Dupont.

I agree that Dupont’s second statement may accurately reflect Ontario’s laws, but the first is an absolute falsehood, physiologically, behaviorally, and culturally.

“The ‘What about the children!’ line has often been exposed for what it is: ludicrous. Adults are simply imposing their misperceptions, ignorance, irrational fears and intolerance on children instead of taking responsibility and changing themselves,” said Paul Rapoport, co-ordinator of the Topfree Equal Rights Association.

The baring of female breasts is a sexual display. Anyone who believes that this is a misconception or is ignorance is denying reality. While there are primitive cultures where open display of women’s breasts is the norm, they are operating on a tribal scale. I agree that small children are not going to be affected by the sight, but adolescent boys will be.

I'm a software developer, and a writer of both fiction and non-fiction, and I blog about movies, books, and philosophy. My interest in religious philosophy and the search for the truth inspires much of my writing.
View all posts by jimbelton →
This entry was posted in philosophy and tagged bare breasts, calypso theme waterpark, gewn jacob, groupe calypso valcartier, human rights tribunal of ontario, louis massicotte, marie-pier dupont, ontario human rights code, paul rapoport, topfree equal rights association. Bookmark the permalink.

1 Response to Bare Breasts are a Right in Ontario