I’m building a fifth bedroom in the back of my garage, which used to be an open car port until a previous owner enclosed it. The existing window was an ugly single pane with Mylar instead of glass.

I picked up a nice double glazed from Home Depot. It’s the same height, but quite a bit narrower. We happened to find an used fixed pane to fill in the gap sitting at the side of the road in front of a house whose owner was having it professionally renovated. I bought it from him for $15.

Not wanting to remove the cedar siding — it’s damn hard to do without breaking it all — I simply cut a two inch trough around the window with my skill saw. I finished the corners of the cuts with my Dremel. The Dremel is an essential tool. If you don’t have one, you should consider buying one. Here’s the old window with the siding removed from the channel with a pry bar: 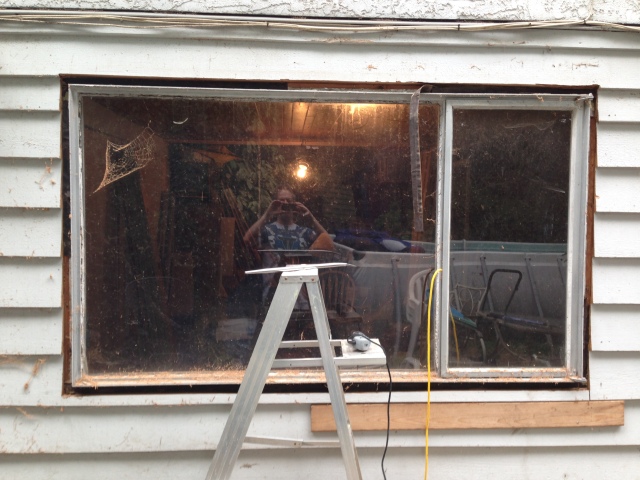 Next, I removed all the nails holding the window frame to the house. To avoid damaging the siding outside the channel, I used a cut off wheel on the Dremel to grind the nail heads off. The white square behind me is the new window: 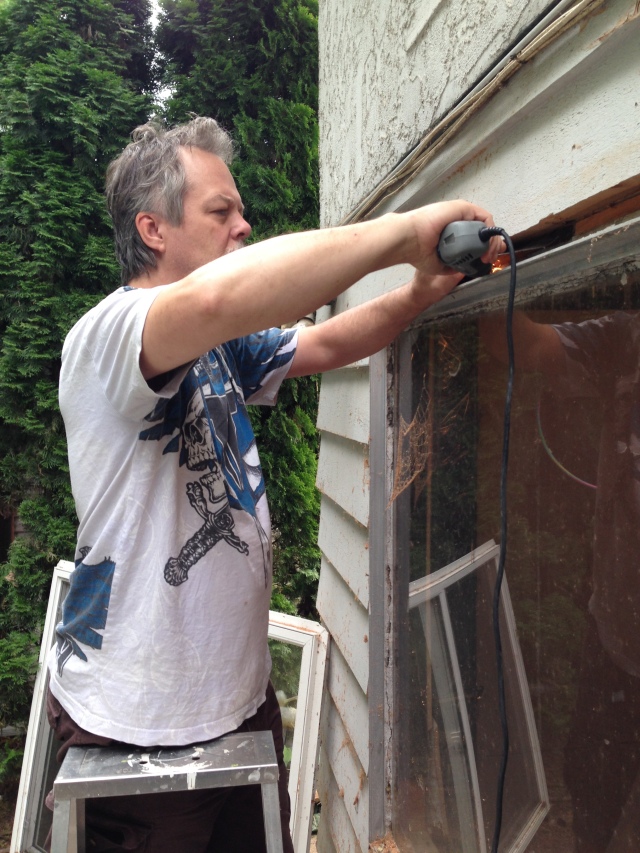 Once all the nails were ground off or removed, I popped the window out. The black you can see on the frame is black plastic vapor barrier. The previous builder never installed a jambs, only a sill under the window: 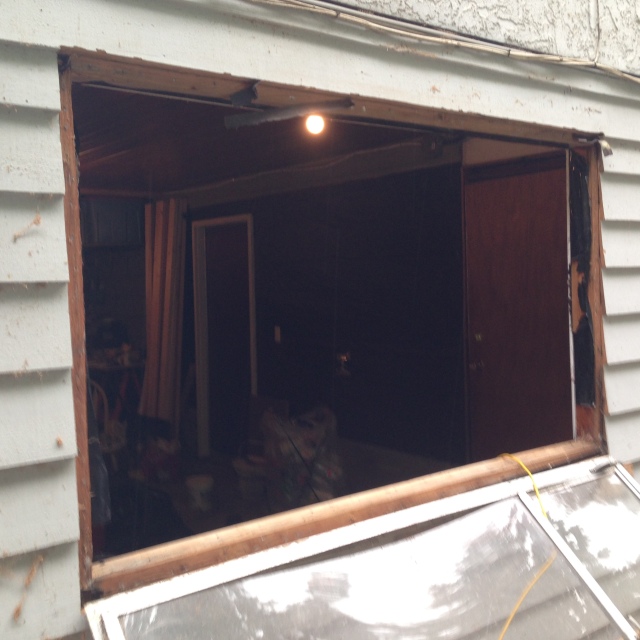 The old sill was rotten, so I tore it out, along with the wall board under the window. I will be installing a 12 inch sill and jambs around the windows so I can finish the inside wall to cover the foundation. Before I do, I’m going to have to drop the frame of the opening by 3/4″ to make room for the top of the casing. Here’s the inside of the window opening with the sill removed and the Mickey Mouse framing done by the previous builder revealed: 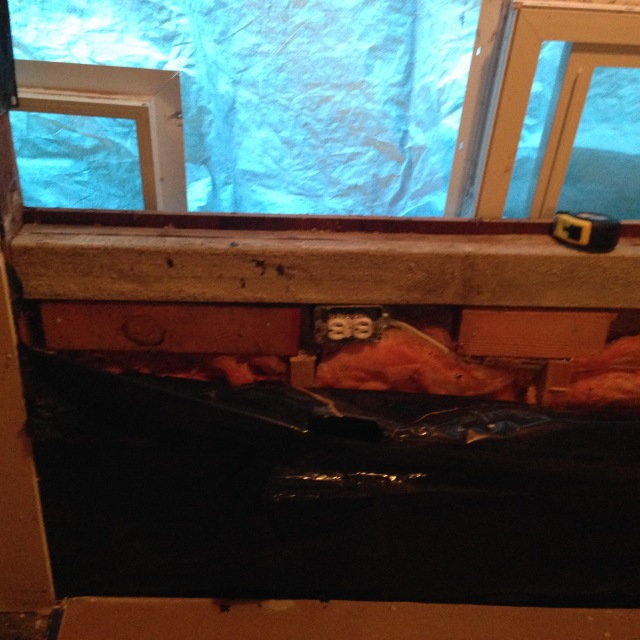 Pretty shoddy! Look how the studs don’t actually support the framing. The white crud on the framing is cement. It looks like the two by four had been used to scree. Look how the electrical outlet is installed high on the wall. This was previously a workbench outlet. I’ll be moving it down so that it just clears the foundation, at the bottom of the black vapor barrier.

In the next part of this project, I will be installing the sill, the jambs, and the new windows. Before I do that, I need to read up on how best to waterproof everything. I’m guessing that to do it right, I’ll have to finish the entire inside of the wall so that the inside vapor barrier can go under the jambs.

I'm a software developer, and a writer of both fiction and non-fiction, and I blog about movies, books, and philosophy. My interest in religious philosophy and the search for the truth inspires much of my writing.
View all posts by jimbelton →
This entry was posted in diy and tagged cut off wheel, Dremel, framing, pry bar, skill saw, windows. Bookmark the permalink.